Breaking down the Storytelling Structure in Video Marketing 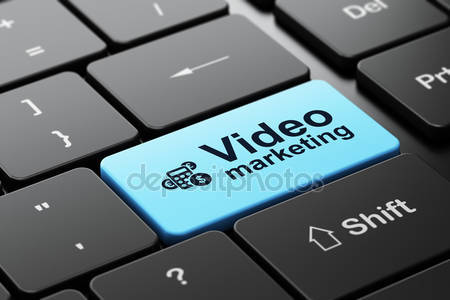 The internet age has pushed our desire to hear and watch stories unfold to the forefront, as audiences make the shift from ‘seek out’ content marketing, whilst continuing to eschew traditional ‘interruptive advertising’ methods of old. In a 2015 study from Headstrong, 79% of adults surveyed said that they thought it was a good idea that brands told stories.

Aspect’s creative team, spoke on this very subject at Social Media Week in London in 2015. Whilst admitting that “rules and formulas for stories can be seen as limiting,” the presentation went on to point out how it can really “help brands to liberate themselves and give the opportunity for companies to play in them.”

In this guest article for temi.co.uk, I want to look at how the age old art of storytelling can be applied to brand video by breaking down the common elements of narrative structure.

Like any story, your brand film needs to have a quest to drive the story forward. This could be a character’s desire to achieve something seemingly simple or inherently complex or epic. You don’t have to state the goal (the storyteller’s axiom of ‘show, don’t tell’ often applies to brand film as well) but the goal does need to be clear and obvious to the viewer form the outset.

Usually your goal will relate to your film’s leading protagonist but idealist should be something your audience can relate to, either empathetically or personally. This will ultimately make it easier for them to emotionally connect with your video.

Conflict is an important part of storytelling as it adds interest and a sense of urgency. Many companies will avoid using conflict in their videos, as they worry that it will make the video seem negative, but that’s to miss the point of the story. Without conflict there really is no narrative arc as essentially you’re just presenting people with a character going about their daily life and that’s it. Something needs to stand in the way of them and the story’s ultimate resolution (more about that in a bit).

What’s at stake? This is connected to the conflict but it also needs to be separate as it’s what gives a sense of urgency and magnitude to your story. Whilst your characters may face a multitude of conflicts throughout the story arc, the stakes remain the same throughout and need to be big in the eyes of your protagonist and ultimately therefore your audience too.

Your story needs to have a climax, to ensure that the ending is interesting and satisfying. You have built the audience up throughout the video, so by the end they need to be emotionally invested in your story and therefore a satisfactory conclusion. A dramatic climax is a great way to ensure they don’t feel let down. This could be linked to the quest that drives the story, or it could be used to help create an emotional connection.

The resolution should be the final part of the video. It should tie up all of the loose ends, and ideally, it should also showcase some of your company’s brand values, such as integrity, honesty or value for money. It is through an emotional resolution that you can establish your brand values and personality.

Ultimately, for businesses and brands, the most important parts of storytelling is this stage. If you are unable to create an emotional connection with the audience, which is subsequently associated with your brand, then you have failed. You might have spun a good yarn but it needs to be associated in some way with your brand in your audience’s eyes.

As I’ve discussed on our own blog, emotions play a very important role in decision making, even if we would like to assume that we make decisions based on logic and there is plenty of research to back this up.

The Role of Product

I want to end by talking briefly about the role of your product. Whilst it is very important to tell a convincing story, you ultimately need to feature your product into the storytelling structure at some level if you are to create those strong emotional associations. This requires a degree of subtlety that can take years to master. It is all too often tempting for businesses just starting out in video marketing to make their product the main talking point of their video, but this ultimately the quickest way to bring the viewer’s willing suspension of disbelief crashing down around them (and get them to switch off).

Instead, it is best to mention the product sensitively, so that the customer doesn’t feel like they are being manipulated into buying the product. One of the best ways to do this is to make the product integral to the climax and emotional resolution part of the story structure. For instance, if you are selling cleaning products, your film could be about a lovable group of teenagers who have to clean the house after a party before their parents get home. It’s a timeless movie trope, which would work wonders on a product such as this.

Why don’t you try to find some common narrative stereotypes from the silver screen that would create situations into which your product would naturally fit. And if you do decide to go ahead and make a film based on it, remember to sell the story first and not the product. Get this right and your product will sell itself.

About the Author: Evelyn Timson is Managing Director at UK based video marketing company Aspect Film and Video and has worked with well known brands like Coca Cola, Samsung, Microsoft and the British Library and National Trust in the UK. You can connect with Aspect via Facebook or Twitter. To see a selection of their award winning work check out their YouTube Channel.